After 5 months of traveling and cycling in Asia it is a bit weird to head back to Europe. (Maybe in some future posts we’ll touch the very beginning, but for now lets keep it that way.) Luckily the temperatures at this time of the year are similar so something to start with. After successfully crashing back into apartment the other indicators started to show. Like thinking of buying drinking water in plastic, almost taking off shoes in front of the library, the most surprising was to miss chilies at lunch (what is happening?) and to mention the worst, still driving on the left side of the road, luckily for now just with the bike. The first (and second) time when we were on a bus our minds started to freak out when we enter the round about the ‘wrong’ way. But later on we keep reminding ourselves that professional driver knows what he is doing. 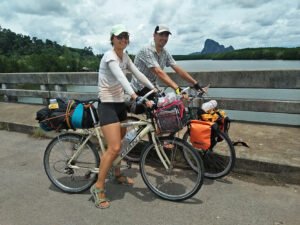 We didn’t ask our stomach how it feels after digesting bread and milk products again. But until now no complaints so we don’t bother to much. It is also funny to see both of us in different clothes. We were wearing exactly 4 T-shirts for all 5 months. At this point Ajda must admit that she really got used to her favorite 4 T-shirts. So much that she still love to wear them. Well at least 3 of them, because original 4th one was turning into Swiss cheese so she left it somewhere. But she took permission for replacement. 🙂 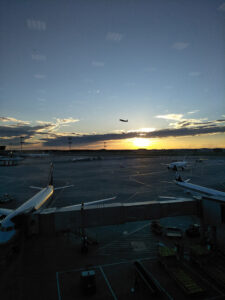 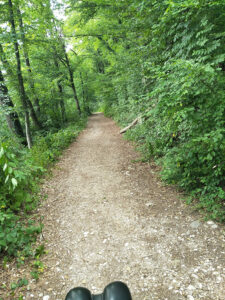 Yeah, we had great months in Asia, but we feel like we were gone for 2 maybe max 4 weeks! Well, maybe this is a good thing. So we don’t have a feeling we missed a lot. Summer is ahead of us, this is always good news! Specially when the days are much longer than standard Asian 12 hours. And to admit, it was really nice to cycle some small roads at home 🙂 Some friends and mountains are still waiting for our visit, but this time we’ll take the Asian way, which is not to rush with anything. We were practicing this for months so we really should keep up with this great habit at home. Meanwhile we’ll cook some nice non rice dishes! 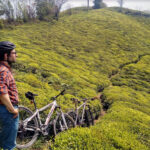 Crazy MTB trip all the way to Mongolia (Part 2) 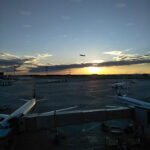 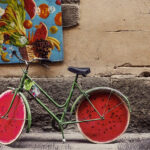 Guide to Pimp My Bike (Part 1)