This is an inspiring story of our friend Renaud. We met him in Ljubljana while he was on his trip from France to Mongolia. One thing led to another and after a cup of coffee, we invited him to stay with us for a couple of days … After the trip, we asked him to share some of his stories with us.

When you are French, 26 years old, almost autonomous and with all your teeth, as we say, the social pressure and expectations are to have one long-term job contract, a house mortgage, and a non-diesel car. Which is all that I have had. I was trying my best at work; always faster, always more flexible, always cheaper and probably always more stressed. As everyone.

I’m also particularly in love with a bicycle, maybe more than girls. 🙂  I enjoy cycling travelling or biking races during weekends. I was always interested in reading about travelling and adventures. Writers like Sylvain Tesson or Sarah Marquis made me dream, a blogger like Julie Elsenberger or Tito Tomasi made me think.

I cannot remember when it was exactly, but I woke up for another same morning in spring, before going to work and told myself: “Fuck this shit! Why not me?” To be honest, I haven’t really planned it. The timing wasn’t perfect. My house which I was building haven’t been finished, I didn’t have any appropriate budget or other “boring” stuff like this. However, I told my boss: “I would like to leave the company”.

After that, I had an honest talk with myself, about where I want to go and what I would like to do. The answer was clear: mountain bike races, escape the winter in Europe and see Mongolia. My father spoke a lot about Mongolia. I read crazy stories about this place and my friend went for a mountain bike race there a couple of years ago. So Mongolia became my goal. 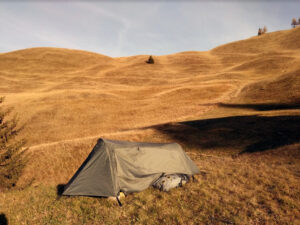 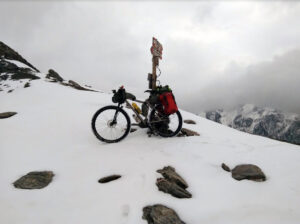 I worked super hard to prepare everything; finish and rent my house, fix the bike, bought equipment and check cycling routes to Mongolia. 🙂 Easy to write it, right? But it was an extreme time of my pre-travel period. I was working day and night and checking all the information that I could find. All the time thinking “what did I do??”. I was really stressed. Three weeks before leaving my place, the bathroom was roofless! I was packing until the last hours. I can still remember when I took the train from Paris to Bray-dunes – the starting point of my trip. A mixed feeling of freedom and fear of the unknown …

The idea of my trip was to start in France and reach Mongolia with a mountain bike where I would participate in one big race the Mongolia Bike Challenge. To make it even more interesting, I also started my trip with extreme mountain bike race French Divide. At this race, you basically cross France from Nord to South. I pedaled more than 2.000 km with 32.000 meters of elevation, without any support in less than 15 days.

The race was crazy. It was something like cycle, eat, sleep and repeat. But it was a great beginning of my trip. I met really nice people and experienced some amazing moments. One day in the middle of the race, I and my “journeyman” were looking for a camp. Friendly people offered us their courtyard. Besides the place for free camping, they offered us also a shower and breakfast in the morning. When you push up your limits so hard, a nice gesture like this makes you ultra powerful.

Due to the French Divide race, I reached southern France in less than two weeks. It was great to share this pleasant moment with all the other cyclist who became friends on the way. After a couple of days, everyone returned back home and I remain alone. I was finally on the way to Mongolia. My next challenge was to cross the Alps from Nice to Ljubljana. In the Alps, I cycled one of the most beautiful mountain bike paths of my life. The counter showed 2500 km and 10000 m of elevation throughout the Alpes. Singles tracks, snow, mountain passes, some dangerous moments and amazing people made my months memorable forever. Anyway, I guess I was the first stupid guy who crossed the Alpes from Nice to Ljubljana with mountain bike and cycling luggage. 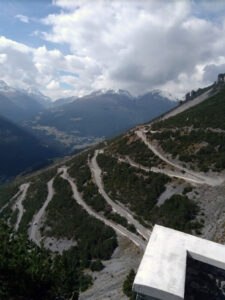 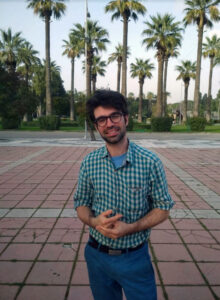 I remember one evening, just after coming back from France to the Italian border; at the top of Agnelo pass. I had to climb again 3000 meters of altitude. But it was too windy and way too cold to do it. So I slept there; close to the refuge with a couple of backpackers. The next day the weather was beautiful and I discovered this famous and beautiful ’Ristolas’ single track. On my way, more than 60% of the paths were single trails.

I had snow challenges on my way many times. One day before Davos I had to sleep in the middle of white snow with temperatures way below -15 °C.  Due to 1 meter of fresh snow, I had to carry my bike with all the equipment for three hours. I also had some dangerous moments; like crossing Zebrù pass. I didn’t know what means “via ferrata” before going down. I taught that loaded guy in the local pub was exaggerating when he was describing this via ferrata as extreme and horrifying. Well, he was quite right 🙂 On my way, I met many amazing people. Like Peroni family, who hosted me for few days near the Lago del Garda. 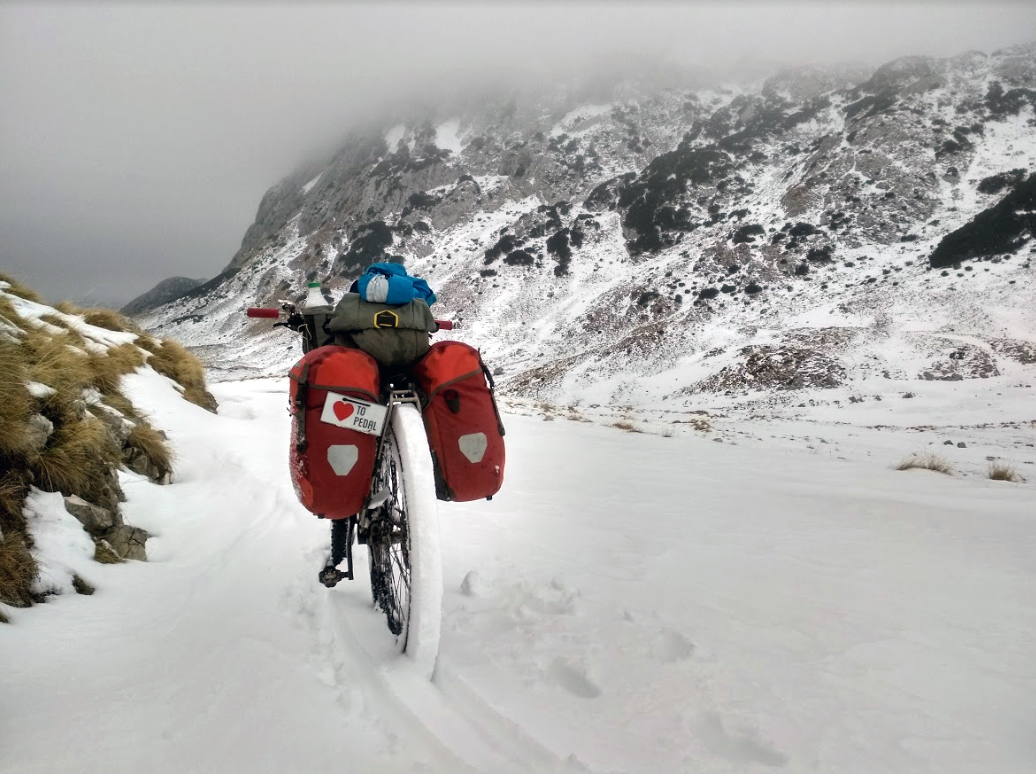 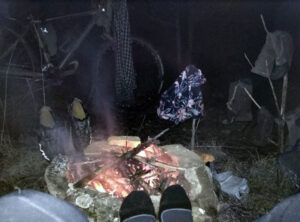 At the capital Ljubljana, I met Kick Ass Bike Plates team by chance. They showed me around the city and hosted me for a while. It was so inspiring to see the birth of one company! We spent lovely moments together. I had to say that I had excellent memories of Slovenia, particularly Ljubljana. I refilled the batteries of my body and I was ready to continue my way to the south – to escape the winter.

After crossing the Alps and reaching Ljubljana, I wasn’t worried about the time anymore. I was more relaxed and I used my time to explore the cities, touristic places, and landscapes. I was searching for nice MTB tracks, spent time with local people, etc… daily life on the road I guess. 🙂 Like meeting one guy near Pula, we started to talk about the usual stuff. In the end, he hosted me in a private apartment. 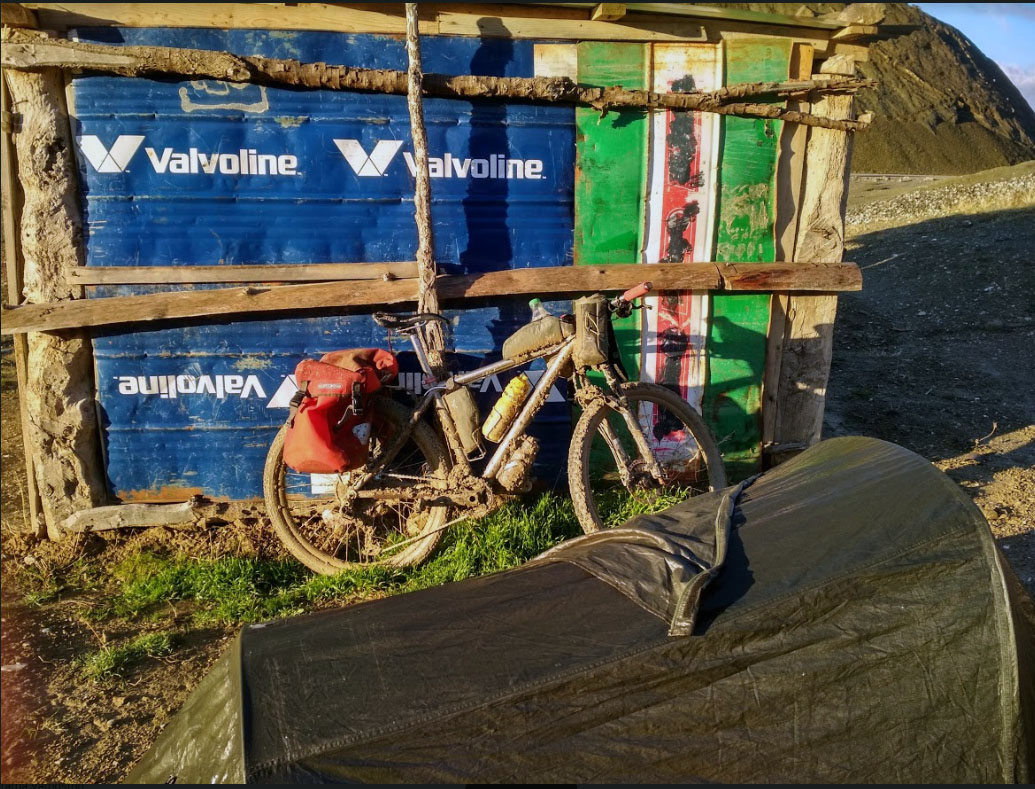 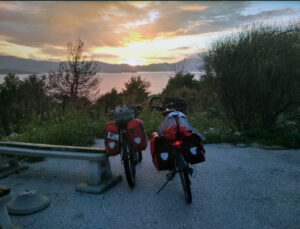 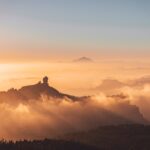 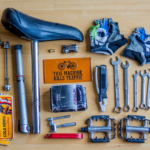 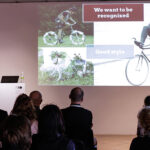